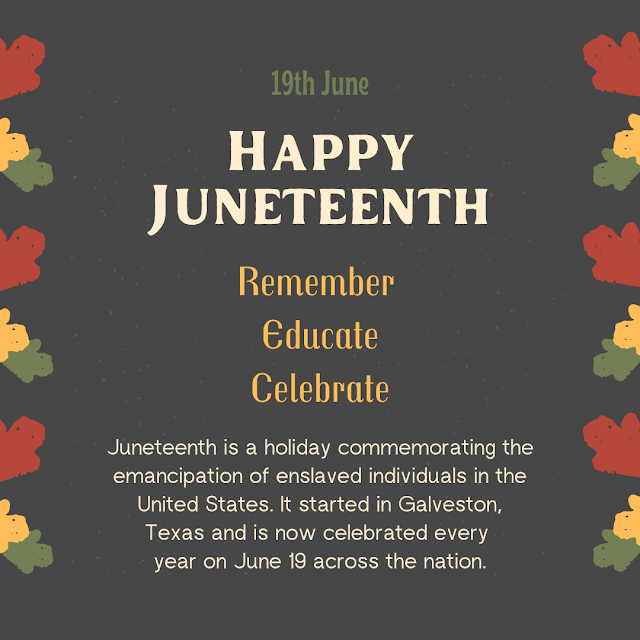 Juneteenth is more than a remembrance of the stain slavery left on our nation. It is our nation's way to honor Black Americans' long march toward freedom and the profound impact those many steps have left on our national conscience and our pursuit of a just and equitable society.

The National Genealogical Society is proud to help Ancestry® announce the premiere of a powerful new film, “A Dream Delivered: The Lost Letters of Hawkins Wilson,” which brings to light a family reunion over a century in the making.
Visit Ancestry.com/Blackhistory starting on June 17 to watch the film and learn more, and to get started exploring your own family story.

Join us for the next MemberConnects! for an encore of Andre Kearn's NGS Conference banquet presentation, "Revealing Our Full American Mosaic."  The Zoom meeting is Wednesday, 29 June, at 8:00 p.m. (ET).

The National Genealogical Society will be closed Monday, 20 June 2022, in observance of the Juneteenth holiday.
Posted by Kathryn at Sunday, June 19, 2022 No comments:

Email ThisBlogThis!Share to TwitterShare to FacebookShare to Pinterest
Labels: Juneteenth 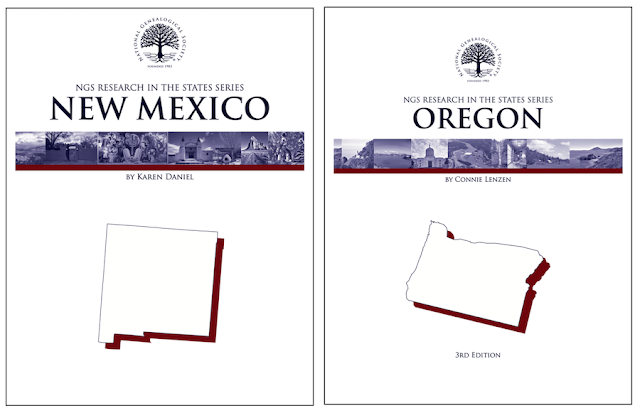 Two new Research in the States books— Research in New Mexico by Karen Stein Daniel, CG, and Research in Oregon, 3rd Edition, by Connie Miller Lenzen, CG, FNGS—are now available in the NGS store in both PDF and print versions.

In Research in New Mexico, author Karen Stein Daniel discusses where to find records of both indigenous and non-indigenous people. The state is home to three Apache tribes, the Navaho Nation, and nineteen Pueblo tribes. Since 1598, Hispanics including Crypto-Jews have settled in New Mexico. By the late 1860s, Black Americans began to arrive along with French, German, Greek, Italian, and Jewish immigrants; Los Árabes from the Middle East; and South African Boers. Research in New Mexico offers readers an extensive review of genealogical resources of the people who have populated America’s 47th state.

In Research in Oregon, 3rd Edition, Connie Miller Lenzen introduces family historians to a wealth of repositories and other archival resources throughout the state. The book covers both Oregon’s many Native American tribes as well as its non-indigenous population, including White pioneers who settled in Oregon in the 1840s. Chinese began to arrive in the 1850s. They were followed by Japanese. By law, Blacks were excluded from the state until 1868 when the 14th Amendment of the US Constitution was ratified. Ethnic groups from Europe included Basques, Greeks, Irish, Swedes, and Volga Germans. Hispanic and Jewish Americans and later Iranians, Russians, Vietnamese also settled in Oregon. Research in Oregon provides genealogists with a concise guidebook for researching their ancestors.