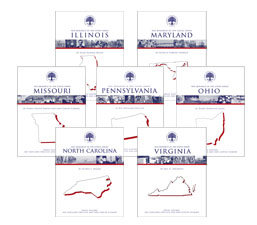 The attendees of this week’s NGS conference will find some exciting new Research in the States publications available for sale starting Wednesday. 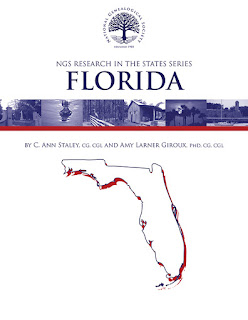 Created under the co-authorship of Ann Staley, CGSM, CGLSM, and Amy Giroux, PhD, CG, CGL, Research in joins the NGS Research in the States series as its twenty-fourth volume. Boasting the earliest permanent white settlement in the , ’s early boundaries stretched along the Gulf coast to the . Sources and guides to records of its early history under the British, French, and Spanish governments, which are found in specialized collections or in the archives of those governments, are discussed. From the time of its establishment as a territory of the , has suffered little record loss resulting in a rich array of records for the researcher. In addition to a discussion of general record groups, emphasis is placed on Special Archives publications detailing ’s military history including its Indian wars, which, along with school, tax, and voter records, provide focused sources for research. Sources for information on ’s Sunshine Law are also provided.

Authors Ann Staley and Amy Giroux will be signing copies of Research in Florida on Friday from 3:00 pm to 4:00 pm at the NGS booth in the exhibit hall. 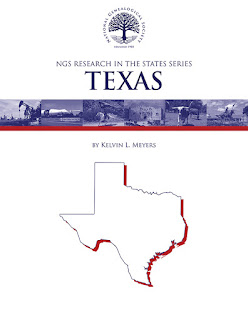 Written by Kelvin L. Meyers, Research in begins with a brief review of ’s rich history from early exploration and settlement to the of the . It continues with an overview of the major research facilities including the well-known Texas State Library and Archives, the Dallas Public Library, and ’s Clayton as well as lesser known but equally important smaller collections. Resources for major research categories from atlases, maps, and gazetteers to women are also provided. Researchers will also find a discussion of differences in probate law under the Spanish and Mexican governments and the English common law adopted by the of , as well as topics specific to including cattle brands and the Texas Rangers.

Author will be signing copies of Research in Texas on Saturday from 10:30 am to 11:30 am at the NGS booth in the exhibit hall.


During the run of the conference, the NGS booth will be stocking ALL of the Research in the States series of books.

Starting May 10th, the two newest Research in the States books -- Florida and Texas -- will be available for purchase online in the NGS Store.