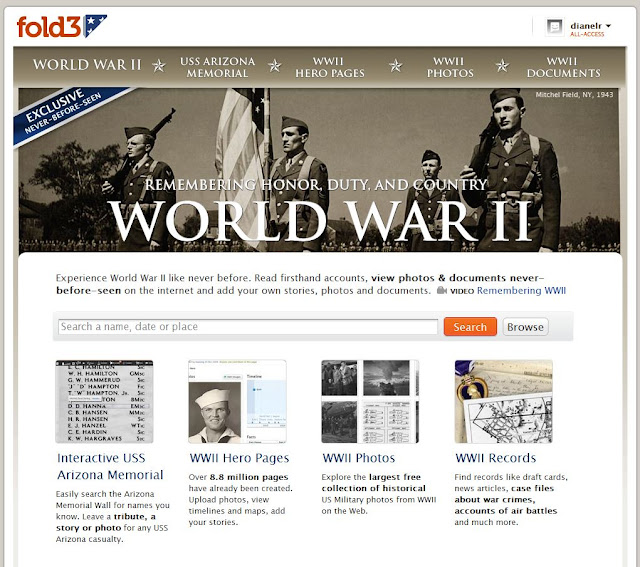 In 1940, Americans were recovering from the Great Depression and on the brink of entering a world war. The recently released 1940 U.S. Census gives us data snapshots of people and families poised between two of the most devastating world-wide events of the 20th century.
After you locate someone in the 1940 Census (on Ancestry.com), use that information to find records on Fold3, especially within the World War II Collection. Then build their personal histories with images and other details you've discovered.

Examples of what you might find include:
There are also many compelling records and images within WWII Photos, the Interactive USS Arizona Memorial, WWII Hero Pages, and Holocaust Records. Pair the people you find in the 1940 Census to their service in World War II through documents, pages, and photos in Fold3's World War II Collection.